Today Ben announced the second and third grants of the 2013-14 season from The Ben Roethlisberger Foundation at The Giving Back Fund.

The Foundation will be distributing grants to the Fort Lee Police Department and the Fairfield Police Department, both in New Jersey, where the Steelers will play the Jets on Sunday, October 13 at Metlife Stadium in East Rutherford. 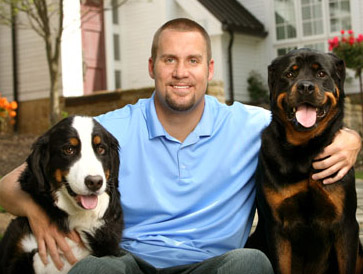 Fort Lee PD will apply the grant funds to purchase a new K-9 dog for their unit while the Fairfield Police plan to use the funds to properly outfit a K-9 vehicle with a rear seat insert, automatic door opening system and fan, all for the dog’s safety.

During the 2013-14 NFL season, The Ben Roethlisberger Foundation will be distributing grants to K-9 units of police and fire departments in the cities and surrounding communities of each regular season away game for the Steelers. The Foundation will also distribute several grants to the Pittsburgh area and will consider a grant to a non-NFL market city in the United States for each playoff game in which the Steelers compete. Ben invited police and fire departments across the country to submit proposals detailing their needs.

This marks the seventh season that Ben’s foundation has distributed grants to K-9 units. The mission of The Ben Roethlisberger Foundation is to support K-9 units of police and fire departments throughout the United States with a particular emphasis on support for service dogs in Pittsburgh, PA. Ben also strives to support Make-A-Wish through his foundation as well.