Vote for Ben and his teammates to play in the 2012 NFL Pro Bowl!! 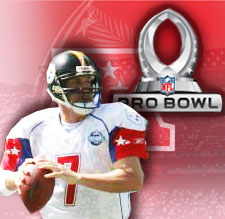 And while you’re in the voting mood…

Ben completed 26 passes for 361 yards and 3 touchdowns in the Steelers 32-20 win over the Arizona Cardinals on Sunday. Voting ends on Friday at 3:00 PM.

Ben was nominated in Week 5 after he threw for 228 yards and 5 touchdowns against the Titans, but Packers fans beat out Steelers fans in the voting making Aaron Rodgers the winner with a total of 365 yards and just 2 touchdowns! Come on Steelers fans, we can do better than that!

Vote for the Ben to Mike Wallace “historic” touchdown as the GMC Never Say Never moment of Week 7!

Historic play lifts Steelers over Cardinals – Backed up at their own 5-yard line after a false-start penalty and up by only a touchdown over the Arizona Cardinals, quarterback Ben Roethlisberger and the Pittsburgh Steelers knew history wasn’t on their side. But they were happy that Wallace was. Roethlisberger hit a sprinting Wallace, who took the ball 95 yards for a touchdown and the longest reception in Steelers history. The Steelers never relinquished their advantage.


You can vote for the play here. 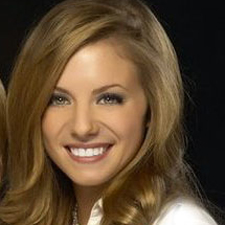 Brittany is a New Castle, PA native who will be a contestant in the 2011 Miss Maryland USA pageant which begins this weekend, October 28th through 30th.

From Brittany – “I grew up in New Castle and went to Neshannock Elementary and High School. My family and I and have been Steelers fans our entire lives! The only colors I knew for football was black and gold! My fondest memories growing up were having friends and family over to our house to cheer on the Steelers! I went off to college at Liberty University in Virginia and always represented Pittsburgh. After obtaining my degree in Journalism, I moved to Maryland where I am at now. Currently, I am a graduate student at Liberty University Online working towards my MBA and have dreams of having a career in broadcasting or journalism.”

The pageant will be held at the Bethesda North Marriott Hotel in Bethesda, Maryland. Brittany will be competing against 70 girls, so wish her luck, Steeler Nation!!!