Home/News/Ben: AFC Offensive Player of the Week
Previous Next

This is the second time in a month, and the eighth time in his career that Ben has been awarded this honor!


From Steelers.com this morning: 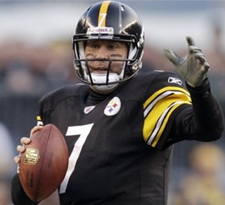 Ben Roethlisberger was named AFC Offensive Player of the Week after leading his team to a 25-17 victory over the New England Patriots. It marks the second time Roethlisberger has won the award this season, including twice in the month of October, and the eighth time he has been honored with this award in his career.

Roethlisberger finished 36-of-50 for a season-high 365 yards and two touchdowns against the Patriots, recording his third 300-yard game of the season and the 18th of his career. His 36 completions and 50 pass attempts were the second-most of his career.

SI’s Jim Trotter, from his Inside the NFL column:

2. Ben Roethlisberger, Steelers: If there’s a quarterback big enough to put an offense on his back, the 6-foot-5, 241-pound Roethlisberger is him. The two-time Super Bowl champion has been lethal his last four games, throwing for 1,154 yards, 11 touchdowns and two picks, with a 67.1 completion percentage and a 110.4 passer rating. More impressive, he’s playing with poise and discipline, things he struggled with at times in the past. Not surprisingly, the Steelers have won four in a row after a 2-2 start.

An update on our Shout Out from last week – New Castle, PA native and Big Ben fan Brittany Barclay – 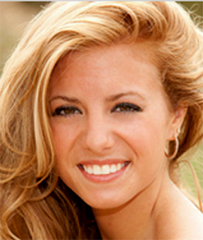 Brittany was a contestant in the Miss Maryland USA pageant which took place this past weekend in Bethesda, Maryland.

She sent this message to all those in Steeler Nation that wished her well in the pageant:

“I just wanted to follow up with you and let you know how the weekend went. Out of 79 girls, I got Top 16 and won the Title of Miss Amity (Congeniality) 2012. It was a great weekend, and definitely put me out of my comfort zone haha. Unfortunately I had to miss the big Steelers game on Sunday because of the pageant, but I heard it was an exciting win against New England. I hope we can do the same this Sunday against the Ravens, especially since it’s my first time going!”

*Congratulations to Brittany aka Miss Amity 2012!

Have you seen the latest additions to the Fans album? How about the Lil’ Fans album? Or the new Lil’ Teammates album?

Did you check out the photos that Ben sent on Halloween night?