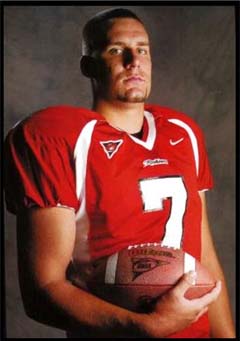 The Mid-American Conference announced today the 2015 MAC Hall of Fame Induction Class as five new members will be inducted in the MAC Hall of Fame on Wednesday, May 27 during the MAC Honor’s Dinner at the Cleveland Renaissance Hotel.

“It is only appropriate for our Conference to honor and celebrate the accomplishments of our former student-athletes, coaches and administrators, specifically these five individuals, and their achievements during their time competing in the Mid-American Conference,” said Dr. Jon Steinbrecher, MAC Commissioner. “We are honored to welcome them to the Mid-American Conference Hall of Fame.”

“The Mid-American Conference Hall of Fame is a testament to the achievements of those that have competed and served in this great Conference,” added Steinbrecher.

Ben Roethlisberger has won a pair of Super Bowls as the starting quarterback of the Pittsburgh Steelers after being selected in the first round of the 2004 NFL Draft. With the Steelers he has thrown for 39,057 yards and 251 touchdowns, while earning three Pro Bowl appearances and earning NFL Rookie of the Year in 2004.

Just this past season he set an NFL record for passing yards (522) in a game and set another NFL record with 12 passing touchdowns combined in two games.

That season alone, he captured third-team All-America honors and was just the third player in Miami history to garner the Vern Smith Award as the Mid-American Conference Most Valuable Player. Roethlisberger to this day still ranks first in Miami history in completion percentage (.655) and touchdowns, and is second in pass attempts, completions, yards and total offense (11,075).


Tickets are available for the MAC Honor’s Dinner on Wednesday, May 27 at 6:00 pm ET at the Cleveland Renaissance Hotel.