“A big part of my success in the running for the Kenneth Cole’s Mankind and Men’s Health Ultimate Guy Search is owed to the amazing Steeler Nation that supported me all the way. Y’all Got me on the cover of the world’s largest men’s magazine, I can’t thank y’all enough.” — Noah. 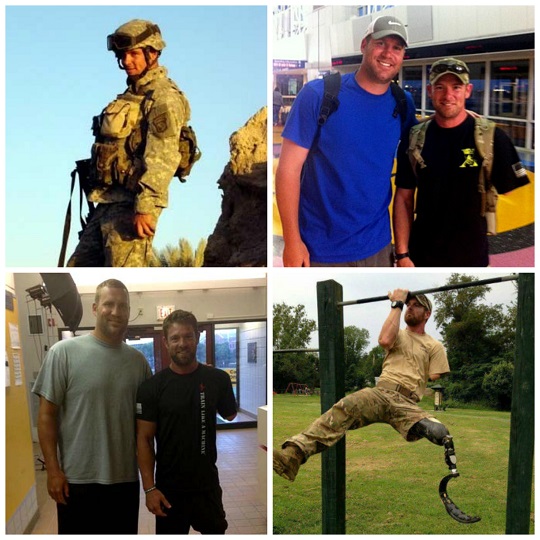 After meeting Ben at the airport on his way back from completing the White Sands Missile Range 23rd Annual Bataan Memorial Death March in March of 2012, he and Ben became friends. In August of 2013, he was Ben’s guest at Steelers training camp, and made many more friends among Ben’s teammates.

Nearly 10 years ago, Iraq war veteran Noah Galloway was lying in a hospital bed at Walter Reed National Military Medical Center in Washington, D.C., grappling with having lost an arm and a leg due to a roadside explosion. His extensive injuries plunged him into depression. And as recently as five years ago, Galloway says was spending the majority of his days smoking, drinking, and sleeping. Today, the inspiring, super-fit 33-year-old is on the cover of Men’s Health—the first reader in the magazine’s 26-year history to score that honor.

Men’s Health received nearly 1,300 entries in its search for the “Ultimate Men’s Health Guy” to be featured on the cover of the magazine’s November 2014 issue. “There were so many amazing men, narrowing the pool down from 1,300 to our three finalists was torture,” said Men’s Health Editor in Chief Bill Phillips.

Ultimately, one line in Galloway’s video entry set him apart. “He said it was his choice whether to be bitter about what happened to him in Iraq, or to be better—and he chose to be better,” Phillips told Yahoo Health. “That’s a lesson we all can learn from. Every day, whether it’s your job or your relationship or somebody Tweets something nasty at you, it’s very easy to become a negative person. Noah reminds us that when we choose to be better, we can quite literally change our mindsets—and our lives.” 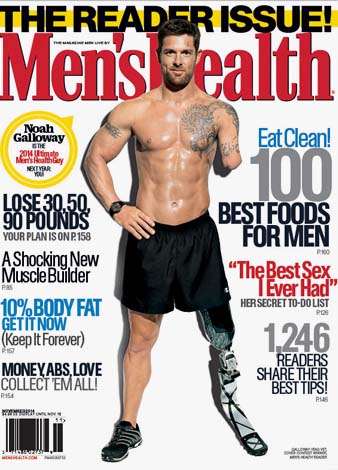 The cover search was an exhaustive eight-month process. “It wasn’t like you just had to send us an email—it was like applying for the college boards,” Phillips said.

Editors narrowed the 1,300 entrants down to a group of 10, who then had to submit videos and answer questions. The November issue includes profiles of the three finalists—Galloway, Finny Akers, and Kavan Lake—and tips from the top 10 finalists. (The digital edition of the magazine features two additional covers with Akers and Lake).

“From where he was in 2010 with his drinking and depression, he’s made an incredible journey,” said Phillips, “and he has a lot of that journey left. He’s eager to get better at everything, and that’s what this is really about.”

“Thank you for all the ongoing support. Ever since the first time I was on Ben’s site I have gotten numerous new fans on my Facebook page and kind messages from a lot of them. I have been shown so much love from Steeler Nation and thankful for all of it.” — Noah.

His cover hits newsstands this month, just in time for Veterans Day. Perfect!!


You can also read it online here.

And a Veterans Day Shout-Out:

To all these wonderful fans who have shared their photos with us over the past few Veterans Day holidays! 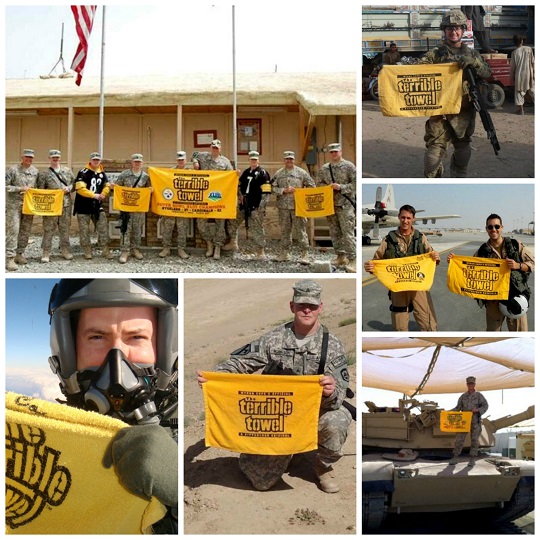 
“Born in West Virginia, raised in the Steel City, and a graduate of Bethel Park High School class of 1988 – I joined the military in the Spring of 1988 and served until 1996 as a United States Navy SEAL. This job took me around the world, but I always carved time to back my boys – the Pittsburgh Steelers. While in the Teams, I was known as a man who tried to make converts – I passed Bibles and Steelers jerseys throughout my career and including to this day. I am the CEO of a global risk mitigation company called Templar Titan that still upholds the policies and objectives of the U.S. military and adheres to a strict code of ethics as noble warriors bound to service.” — Lew Knopp. 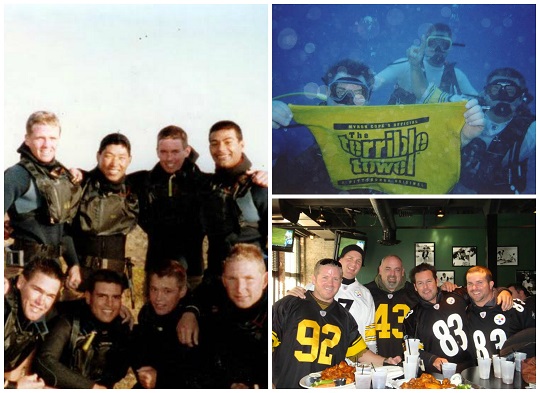 THANK YOU TO ALL THE VETERANS OUT THERE! GOD BLESS YOU!