For the second straight week, Ben has won AFC Offensive Player of the Week honors for his performance, this time against the Baltimore Ravens last Sunday! 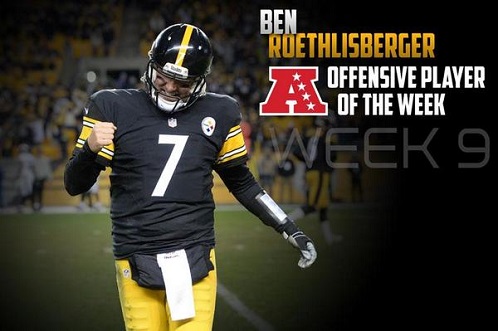 This marks the 11th time that Roethlisberger has been named AFC Offensive Player of the Week, the first time he has been honored in consecutive weeks and the third time he has won the award multiple times in a season (Weeks 5 and 8 in 2011, Weeks 10 and 16 in 2007).