It wouldn’t be right if we didn’t start off this month’s post with a photo straight from Steelers training camp!

And this one has a bit of BigBen7.com history to it: 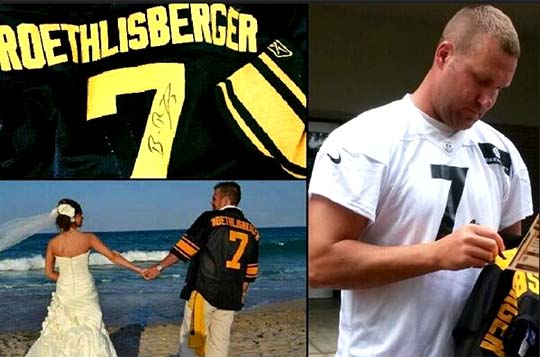 Chad Pointer was married in that jersey back on June 29, 2012! He shared his wedding photos with us in March of this year. His wish was to go to training camp and get Ben to sign it….and it happened, on the first day that camp was open to the fans yesterday!

“Ben in my book is second to NONE from his Ironman play on the field to his K9 work off the field. We live in Evansville, Indiana and love our Steelers and the greatest QB ever! Our first date was to the Tampa Bay vs Steelers game 3 yrs ago, she was a TB fan, has been a Steelers fan every since. We were married in West Palm Beach, Florida, the same place I proposed a year before. We then had our reception back home in Indiana – even entered the room to ‘Renegade’ playing.” — Chad


Chad also took some great action photos from training camp. You can view them here!

This has to be one of the coolest cat’s to ever put on a #7 jersey: 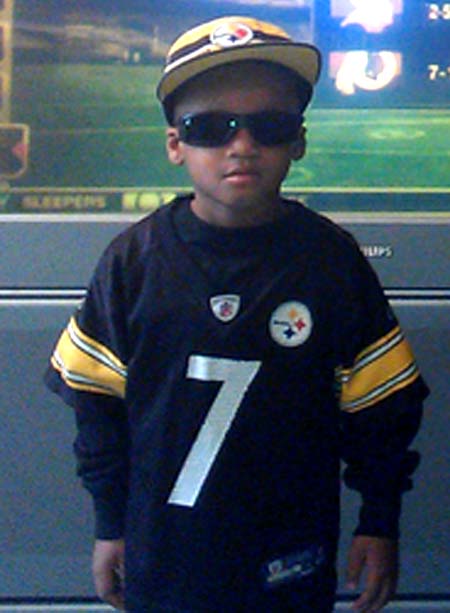 Four-year old Lil’ Fan Quantarious Jackson loves his Big Ben! In fact, his mother Nicole said that her son is “a true fan” of #7! The Jackson’s not only bleed black & gold, they pose in it for their family photos too!