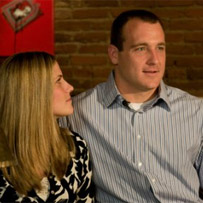 Heath Miller and his lovely wife Katie will once again host this event on October 18th 2010 at Bossa Nova. It is sponsored through A Glimmer of Hope and proceeds benefit the “Under Forty Breast Cancer Study”.

The evening includes both a live and a silent auction so fans can bid on autographed Steelers memorabilia, a “Meet & Greet” with Steelers players, and great food and drinks!

“It’s for a great cause,” said Heath Miller, whose cousin successfully battled the disease. “It’s something that has been a part of the Steelers for a while now. It’s such a good thing. It’s important for us to contribute.”

Heath will be there with many of his teammates. Previous attendees have included teammates Ben Roethlisberger, Brett Keisel, and Troy Polamalu. Also, Alan Faneca, who previously hosted the event, normally returns to Pittsburgh to join the cause.


And since this is Breast Cancer Awareness Month in the NFL, Steelers breast cancer apparel can be purchased throughout October at the Steelers Online Store with proceeds benefiting breast cancer research. Click here to view the apparel.

Get scared by the Pittsburgh Steelers…

“I scare them on the football field, might as well scare them off the field.” — Steelers offensive tackle Max Starks. 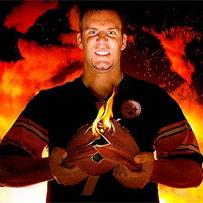 Grab your terrible towel and get to Pittsburgh’s best haunted house on Monday October 25, 2010 .

Steelers Fright Night has quickly become hands down the most popular Halloween event for Pittsburgers and it is one not to be missed! Grab your tickets online now and get terrified by your hometown favorite football team!

During the Pittsburgh Steelers Fright Night 2010, your favorite players with become horrifying creatures beyond your wildest nightmares. That’s right, your Pittsburgh Steelers will be transformed into the ghastly residents that haunt Hundred Acres Manor; Pittsburgh’s best haunted house.

It is unknown what Steelers players will be waiting for you! You’ll just have to show up and find out…if you’re brave enough!


Tickets are limited so get yours fast by clicking here.

Listen to a message from Brett and Sarah Keisel on how your visit benefits HCEF! 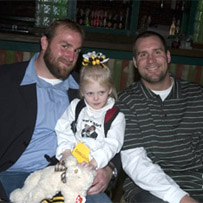 For the fifth year in a row, Brett Keisel will host the 65 Roses Sports Auction. It will be held on November 29, 2010 at McFadden’s Pittsburgh.

Brett will be joined by many of his teammates and other Pittsburgh celebrities as they help to raise funds for cystic fibrosis research.


*Thank you to Trish!


Ben joking about Mike Wallace’s new haircut, from an article in the Pittsburgh Tribune-Review this morning –

“I was excited to come to work because he said he might do it this weekend. We had a deal if he got 1,000 yards (receiving), he would cut it. He looks better. He looks like a nice, young man. Before he looked a little crazy and wild.”