…after a busy summer for Big Ben and his family! 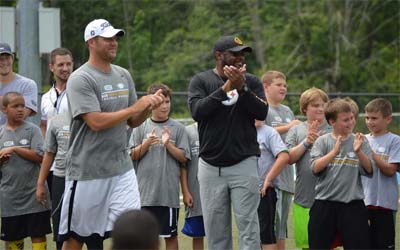 The ProCamps Ben Roethlisberger Football Camp was a one-day event with over 500 children in attendance. Both kids (including Benjamin Jr.) and parents had a blast!

*Thank you to parent Jose Acuna, who brought his son all the way from Mexico to attend Ben’s camp, for this great photo! You can enjoy more photos here. 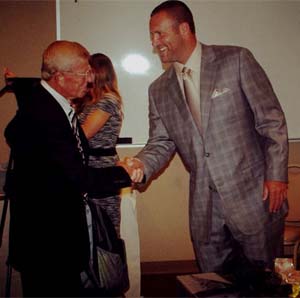 Ben was the guest speaker at the Lou Holtz HOF Dinner.

“Thank You for your speech last night at the Lou Holtz Upper Ohio Valley Football Hall Of Fame. I was taken with how much emphasis and credit you give being from a small town and not forgetting your roots. Being from Martins Ferry, Ohio and being in a rich in tradition small town also really moved me, thanks for your professionalism and caring thoughts. you truly are a class act Ben!!!” — Mike Mayle 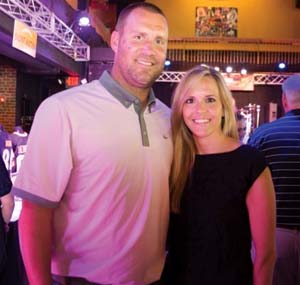 A Big Night for Big Ben and his foundation!

On behalf of The Ben Roethlisberger Foundation, I am extremely grateful to our sponsors, guests, friends and the Pittsburgh Steelers for their generous support. I was honored to have everyone there to support two worthy causes: Police and Fire K-9 Units and Make-A-Wish of Greater Pennsylvania and West Virginia. I hope those that attended enjoyed the evening as much as I did. – Ben

Jergels was the place to be on Sunday evening, June 22nd as Ben’s family, friends, fans and sponsors came out to support The Ben Roethlisberger Foundation in style – with great food, music and wonderful live & silent auction items – all of which found new homes by the end of the evening. 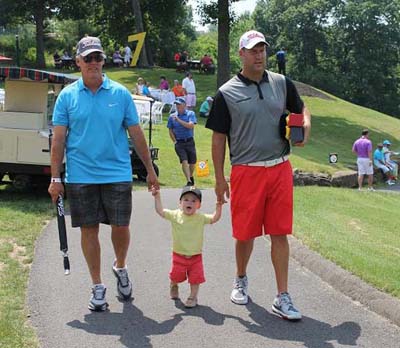 And the next day…

Ben, his family and friends enjoyed a wonderful day of golf at the beautiful Treesdale Golf & Country Club for the Ben Roethlisberger Foundation Invitational! The tournament raised $120,000 to benefit K-9 Police and Fire Units throughout the country, and Make-A-Wish®! 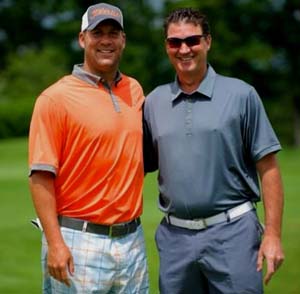 The tournament was held at the incredible Nemacolin Woodlands Resort…and Ben partnered with the event’s host, Mario Lemieux. Proceeds from this wonderful event benefit Mr. Lemieux’s foundation, which was created in 1993 to raise funds for cancer research.

You can learn more about the Mario Lemieux Foundation, as well as donate to this very worthy cause here. 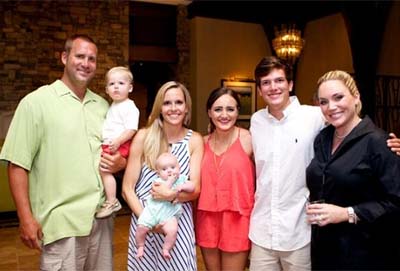 Ben also participated in the The Arians Family Foundation 2nd Annual Georgia Golf Classic at the end of June.

Arians Foundation ‏@AriansFF
We appreciate @_BigBen7‘s continued support for our charity. Hope you enjoyed your time at our Georgia Golf Classic. 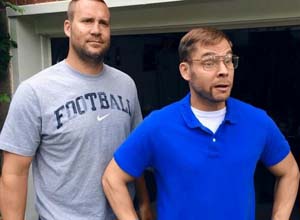 Whoops! And we couldn’t forget this!

Yes, that’s Ben with Pittsburgh Dad! He was a special guest on an episode of Pittsburgh Dad, and after a day of filming decided he really doesn’t like Klondike Bars after all!

And summer would not be complete without a trip to the ballpark!

Ben was on the field before the game doing some batting practice and posing with Pirates outfielder Andrew McCutchen, while Benjamin Jr. was checking out the dugout. Later the family watched the Pirates beat the Cubs 4-0.