Home/News/“Thank you, Ben!”
Previous Next 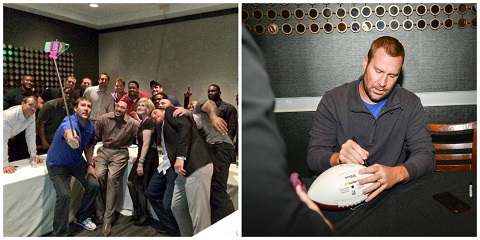 “Thank you Ben for supporting Glimmer of Hope Foundation and always coming to Bid for Hope. This event has raised over 2 million dollars for breast cancer research. Best wishes this weekend. You are the best!!!” — Diana Napper, Glimmer of Hope. 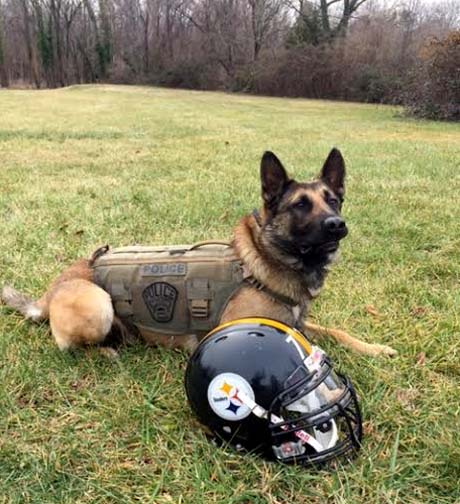 “Our K9s had their first training in their new ballistic vests funded by a Ben Roethlisberger grant! Thank you for helping us keep our most loyal partners safe as we protect and serve Arlington VA!” — Arlington County, VA Police Department. 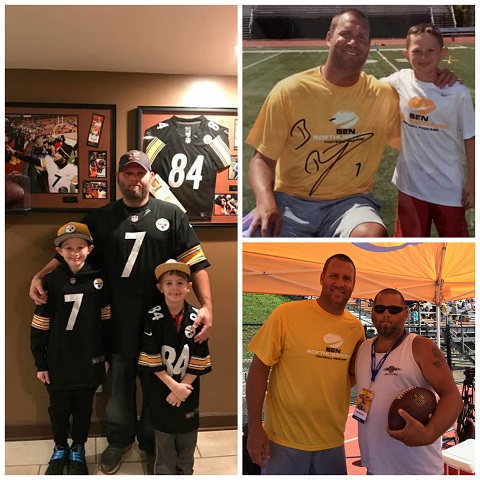 “One year ago Big Ben and A.B. made my sons the happiest Steeler fans in the world.

Then, over this past summer I took my boys to Big Ben’s Football Camp. Caden got to do a ‘Meet & Greet’ with Ben and he loved it! I was also fortunate to have a field pass, and while on the field Ben came over to the tent I was in. I thanked him for giving my son the game ball and he said, ‘You’re the browns fan!’ And I said yes. He also signed the football. My kids loved the camp and Chace caught a touchdown pass from Ben during a 7 on 7 drill. We’ll be going back to camp again this year.

I also took the boys to Antonio Brown’s softball game. They had fun, and after the game we waited and waited for AB to come out of the locker room to see if he would sign our football. When he came out, he was in a hurry because he had to go to another event, but he did stop to sign the ball.

Just wanted to say thank you again and wish Big Ben, A.B., The Steelers Organization, and fans good luck in the playoffs. I hope you guys get number 7.” — CLEVELAND BROWNS fan Jared Clonch (although it appears to us that he has turned into a Steelers fan, like his sons!).