Time for their 2015 Annual Steelers Fan Club photos that is: 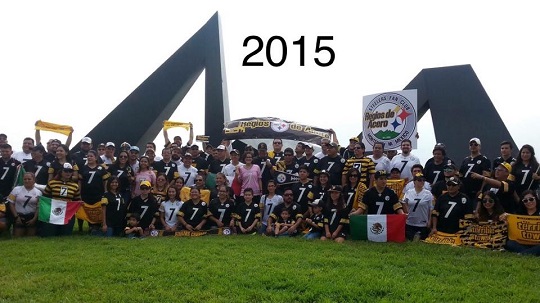 “The season opener photo shoot started in 2012 for us. The Mexico Steelers fans saw Regios de Acero on Ben’s official pages and they recognized us more than ever… In 2013 they followed our example and 10 cities joined Regios de Acero’s tradition of making their own photo shoot.. Then in 2014, 15 cities, and now in 2015 more than 19! Ben is such an important part of the tradition because in our first photo, we were all wearing our #7 jerseys – the Big Ben jersey!


Remember Edgar Gonzalez? He and his beautiful bride were recently featured here after sending in photos of their Steelers-inspired wedding!

Edgar wanted to share some photos of Fan Clubs of Steelers Mexico as well: 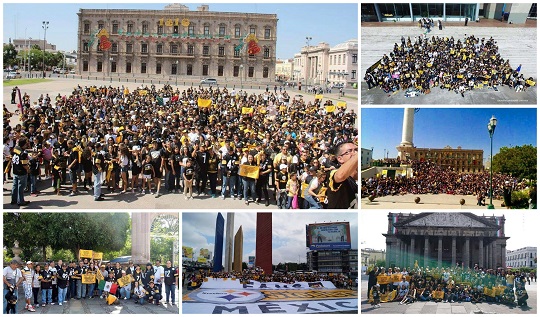 “Today in 20 cities of Mexico, the Steelers fans took the official picture to support the team and to share our passion for the black and gold. This is becoming an annual event and we hope to keep doing for a long time. These are photos from different fan groups, but the main organizer was Sergio Carrasco, from Steelers Family Mexico. The other big groups participating were Steeler Nation Mexico, Steelers Mexico, and Regios de Acero. Here we go Steelers!” — Edgar Gonzalez

*You can see the photos in much larger versions here.

STEELERS Black & Yellow and Acereros de Monclova are back for another season!! 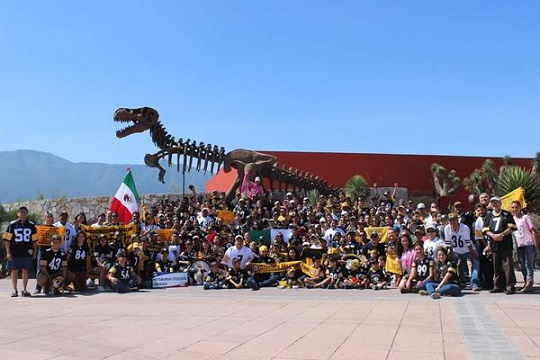 You can enjoy more photos, courtesy of the clubs above, Diego García Vélez and Jess Sifuen right here.

Jon Reyes wanted to make sure the border country to the north was represented too: 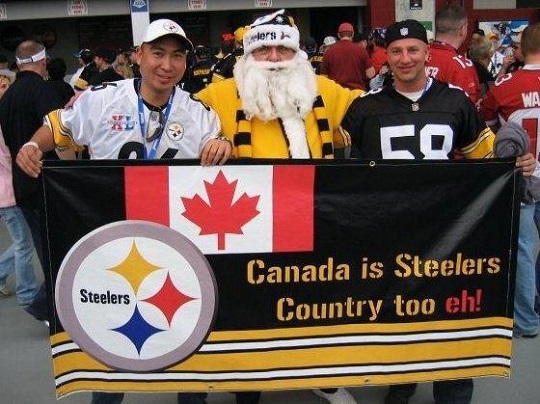 Jon, your wish is our command, eh…

Presenting: Steelers Canada (Winnipeg, Manitoba to be exact) everyone!