A busy off-season for Big Ben

A busy off-season for Big Ben 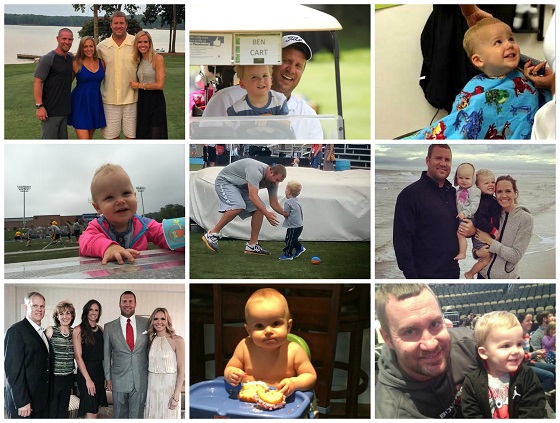 Mom & Dad took Benjamin Jr. to see Sesame Street Live, and Baylee celebrated her first birthday in late Winter. Then in the Spring the Roethlisberger family was in attendance for Ben’s MAC Hall of Fame Induction. In early May it was all about having fun at the beach!

But the fun didn’t stop: There was hanging out with dad at the Ben Roethlisberger Football Camp, at the barber, at his Foundation Golf Invitational…and being silly on Fathers Day!

Ben and Ashley rounded out their time together before training camp by inviting friends Noah Galloway and his fiance Jamie Boyd to celebrate Ashley’s birthday in July at Reynolds Plantation.

Then it was events, tournaments, camps, inductions, an autograph signing…and an important contract signing: 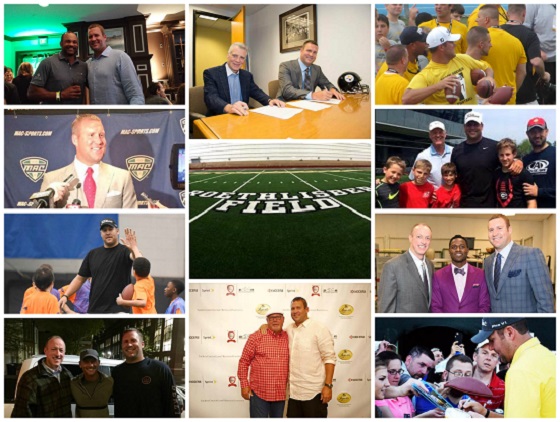 Let’s see, there was snowmobiling with Jim Kelly in upstate New York, and playing in the Phoenix Open as well as attending the Dapper Dan Awards for Jim Kelly & Antonio Brown in late winter. Oh, and all that running around and throwing passes at Garth Brooks’ Football Camp!

Ben agreed to terms on a new contract in March to stay with the Steelers through the 2019 NFL season.

There was that hunting trip to Tennesee with Jim Kelly, and the official opening of Ben Roethlisberger Field in April.

Ben was the center of attention at his MAC Hall of Fame Induction ceremony in May. He also took his teammates to California to workout with Coach Brian Schottenheimer.

June was a crazy month: Ben played in both Coach Arians’ and Mario Lemieux‘s charity golf tournaments in June, after hosting his own at Treesdale Golf & Country Club. The night before, Ben hosted friends, fans and foundation supporters at his Triple 7’s casino night charity event!

Earlier in the month, Ben hosted over 400 children at his football camp, and everyone had a blast!

And then there was that autograph signing in Northern Virginia that looked more like Western Pennsylvania with all the Black & Gold being worn!

Whew!!! And that didn’t even cover half of it!

But now it’s time to get back to the business of Steelers football!

The first regular season game is September 10th at 8:30 PM against the Patriots in Foxboro!